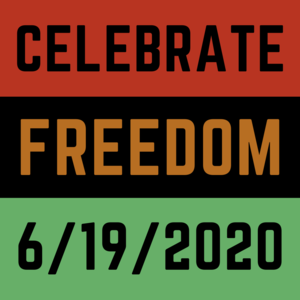 Over the course of these past few weeks, we've witnessed an uprising of American citizens pleading for an end to the racial injustices that plague our nation. As we've listened intently to the voices that have been marginalized for too long, we have learned that change most often begins with education. As a school rooted firmly in the Catholic faith, Immaculate Conception-St. Joseph School stands for mercy and justice for all human beings, regardless of race; and more so, we pledge to empower our students to enact the changes that will create a more just society.
This past academic year, our eighth graders participated in an interdisciplinary study of race and the American justice system. Students began the year studying the Civil War and Reconstruction in social studies. With the passage of the 13th Amendment in 1865, slavery was "abolished"; however, through a more critical investigation of Black rights in the United States, students learned that slavery wasn't abolished by all standards; it just evolved through the Jim Crow Laws, and more recently the "New Jim Crow" — our criminal justice system.
In language arts, students read the American classic To Kill a Mockingbird published in 1960 during the height of the 1950s and 1960s civil rights movement. The themes of the novel address the racial injustices that not only impacted the novel's characters during the 1930s, but also the same systemic racism that continued to affect Black people at the time of its publication.
Lastly, in religion, students read Bryan Stevenson's Just Mercy, which recounts his profound work as a civil-rights lawyer. Stevenson has devoted his life to advocating for criminal justice reform. As Stevenson notes, "the inequities of our criminal justice system are where the legacy of slavery continues to haunt our society." Ironically, much of Stevenson's early work was rooted in Monroeville, Alabama, the home of Harper Lee and To Kill a Mockingbird.
Through this careful and thoughtful interdisciplinary study, students were provided with numerous platforms to discuss, question, and explore the implicit bias and systemic racism that continues to afflict our society. As the U.S. Bishop chairman stated this month, "Racism is not a thing of the past or simply a throwaway political issue to be bandied about when convenient. It is a real and present danger that must be met head-on." At ICSJ, we are committed to facing this head-on as we continue to adapt our curriculum to combat the harm that bias and prejudice cause.

ICSJ School is devoted to providing an environment where we age-appropriately present students with real-world opportunities to learn about racial, ethnic, religious, sexual orientation, and income injustices that call us to be agents of change. It is central to our Catholic faith that we care for the marginalized and disenfranchised. The hope for a better future lives within each and every ICSJ student. Please join us in our mission to raise a generation committed to ending the atrocity of racial injustice.